Many people who like to call themselves Christians are in fact an abomination of the founder of the religion and use their alleged faith as an excuse to discriminate against those who do not share their bastardized version of what it means to follow Jesus. 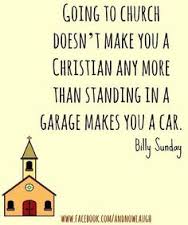 I was raised in the Roman Catholic Church. Although I am not a practicing Catholic today, what I learned as a student of the Catholic religion and further enhanced by my study of the foundations of Christianity is this:  forgiveness, acceptance, refusal to judge others, and compassion are the tenets of the preaching of Jesus of Nazareth. 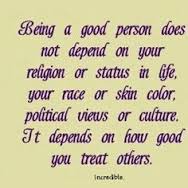 If one relies upon the stories and parables of the New Testament one will accept that one must not judge lest he/she be judged; that he/she who is without sin can throw the first stone; that the prodigal son is always welcomed home; that one should give to the poor, shelter the homeless, offer food to the hungry, reach out to the shunned, clothe the naked, forgive those who have sinned, embrace those who are in sorrow, and love the unlovable. 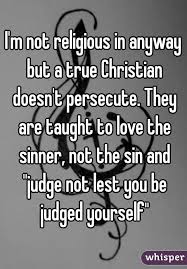 These are not just the tenets of Christianity but of all of the major world religions. However – corruption, ego, desire for power, and hubris have caused leaders to support those who have misappropriated the concept of the conscientious objector for political expediency. 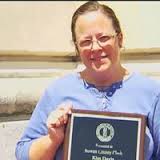 The true conscientious objector is one who refuses to serve in the military as a soldier because he/she does not believe in taking another life for any reason. This is the foundation of the Quaker faith. This can hardly be equated to one who denies a person his/her constitution rights because of bigotry – which is not a tenet of Christianity or any other religious faith. Bigotry is unacceptable and relying on the excuse of religion to support a position o bigotry is neither legal nor in tune with the beliefs of the founders of the faith upon which that bigot relies. 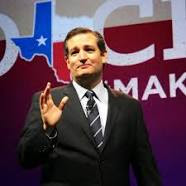 Regretfully, there are any number of politicians, pundits, individuals, clergy and BIGOTS who have reinterpreted, corrupted, twisted, hijacked, and subverted what was in its inception a faith of acceptance, peace, forgiveness, kindness, generosity and love for thy neighbor.

And people wonder why I’ve strayed.